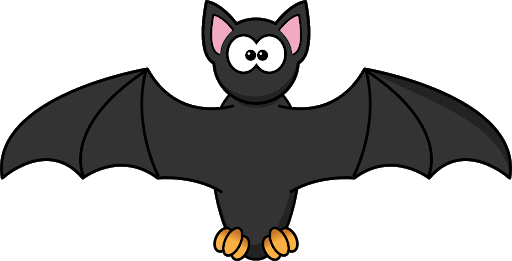 Many people have serious misconceptions about bats. Myths that they are vicious carriers of rabies and pests are abundant. The fact is that bats are actually quite harmless and are important indicators of a healthy environment. Because bats are sensitive to high pollution and pesticide levels, they are useful as a warning sign to potential environmental problems. Bats can also be important weapons in combating insects that are actually dangerous to humans.

With the increased media coverage of deaths caused by the West Nile Virus, many people are looking for effective ways to prevent the spread of the disease. As most of us are aware, the West Nile Virus is primarily spread through mosquitoes. Mosquitoes make up a significant portion of a bat’s diet. A small bat can capture more than 1,200 mosquitoes in a single hour! Bats cannot contract the West Nile Virus by eating infected mosquitoes. Besides mosquitoes, bats can help control the populations of beetles, moths, and leafhoppers. Many insects can hear bats up to 100 feet away and will avoid those areas occupied by bats. The effectiveness of bats in some areas diminishes the need for pesticides that can harm both the pests and their natural predators.

Why would I want to attract bats?

Bats are important indicators of a healthy environment. Because they are sensitive to high pollution and pesticide levels, they are useful as a warning sign to potential environmental problems. Also, bats can be important weapons in combating insects that are actually dangerous to humans. A small bat can capture more than 1,200 mosquitoes in a single hour! Also, bats cannot contract the West Nile Virus by eating infected mosquitoes. Besides mosquitoes, bats can help control the populations of beetles, moths, and leafhoppers. Many insects can hear bats up to 100 feet away and will avoid those areas occupied by bats. The effectiveness of bats in some areas diminishes the need for pesticides that can harm both the pests and their natural predators.

Do I have bats in my area?

Bats are found on every continent except for Antarctica. They are particularly abundant in North America, and many people in the United States and Canada have bats in their backyard without even knowing it.

What types of bats are in my area?

Most areas have several different species of bats. The Big Brown Bat and the Little Brown Bat are the most abundant bats in the United States, and are the most frequent users of bat houses. Other species that may be in your area include the Pallid Bat and the Brazilian (Mexican) Free-Tailed Bat. You can often find out what other types of bats reside in your area by calling your local park service.

How do I attract bats?

Putting up a bat house is the first step toward attracting bats. Suitable housing for bats is rapidly decreasing in many areas, as many people view them as pests and try to evict them from their homes. Many people inquire about purchasing bats for their bat house. Bats are a protected species and are considered public domain, which means that it is illegal to own, sell, or purchase bats.

Should I use bat guano on or near my bat house?

Many people think that by spreading bat guano on or near their bat house, it will attract a bat colony. This has not been scientifically proven, and this is generally discouraged because of the risk of exposure to harmful bacteria than can exist in the guano.

What size bat house do I need?

You should always consider design when selecting your bat house. According to research, larger bat houses (often called nursery houses) have higher occupancy rates than the smaller houses. We often recommend a minimum capacity of 100-300 bats. Multiple bat houses will often increase occupancy rates. By combining a larger house for the females and their pups and a smaller house for the more solitary males, people are able to establish larger and more stable bat colonies. In addition to size, there are other factors to consider. All landing areas and partition surfaces should be rough to allow bats to easily cling when landing and roosting. Ventilation gaps are important where average July temperatures exceed 85 degrees Fahrenheit.

Where should I place my bat house?

Should I paint my bat house?

While it is not necessary to paint a bat house, doing so can often help in regulating the temperature inside the house. Bat houses in warmer areas, such as the southern United States, may benefit from light colored paint. Cooler areas, such as the northern U. S. and Canada, may benefit from a darker color to help absorb more warmth from the sun. Do not paint inside the house, as the bats need a rough natural surface to hang from when they are roosting during the day.

When should I put up my bat house?

You may mount your box at any time of the year, but those boxes mounted in the spring are often occupied more quickly. If you are evicting a colony of bats from a building, a box should be mounted several weeks prior to the eviction.

How do I know if I have bats in my bat house?

One easy way to find out whether or not your bat house is occupied is to look for bat guano (bat droppings) under or near the bat house. Another way is to shine a strong flashlight up into the house. It is recommended that you only do this once a week, as frequently disturbing a colony can cause them to abandon the bat house.

Should I clean my bat house?

Bat houses are relatively maintenance free, so you should not have to clean your bat house. General maintenance, such as repainting the house, should be done when the bats have left to hibernate for the winter.

I put up a bat house, but still do not have any bats. What can I do?

Attracting a colony can take some time, and many different factors are involved in the process. The first consideration is the location of the house. Is it up high enough? Is it close enough to water? Are there adequate food sources nearby? The second consideration is temperature inside the house. If the average temperature is too hot or too cold or is inconsistent, bat colonies may not stay. Try limiting or increasing the amount of sunlight a house receives in order to maintain a consistent warm temperature. Other factors that affect bat house occupation include the use of pesticides nearby, human activity, and lack of vegetation.

How do I get bats out of my home?

Merely putting up a bat house will not lure a bat colony out of a house. Successfully evicting a bat colony requires a few steps. The first step is to inspect the inside of the house for small openings through which bats could enter. All openings connecting the attic or other roosting areas to inside living areas should be sealed, although entry places on the outside of the house should be left open, allowing bats to exit. At dusk, watch the bats leaving the house to locate exactly where openings are located. Be sure to scout all sides of the house as there is often more than one opening.

One of the best ways to control insects is by adding a bat house to your area. To ensure the house is right for you, first check the design and size. According to research, larger bat houses that accommodate 100 to 300 bats, often called nursery houses, tend to have higher occupancy rates than the smaller houses. All landing areas and partition surfaces should be rough, so bats can easily grip the area. Look for homes with vents if your average July temperatures exceed 85 degrees Fahrenheit.

Your bat house should be placed within 1/4 mile of a natural water source such as a stream, river, or lake. Bats tend to fly along forest or water edges, and bat houses located in these areas tend to be found more quickly than those in other locations.

Bat houses may be placed on trees, poles, or buildings. Boxes mounted on poles or buildings tend to have a higher occupancy than those mounted on trees. For mounting on buildings, wood or stone buildings are best, and your bat house should be mounted under the eaves with some sun exposure. You should mount your house 15-20 feet above the ground, away from any streetlights or other light sources at night. It should also not be placed in a brightly lit area.

You may mount your box at any time of the year. Bat houses mounted in the spring are often occupied more quickly than those placed at other times. If you are evicting a colony of bats from a building, a box should be mounted several weeks prior to the eviction.